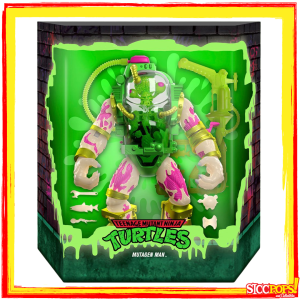 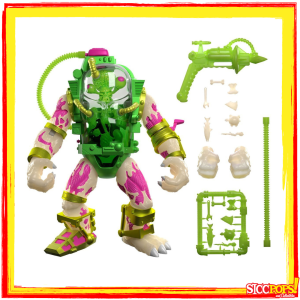 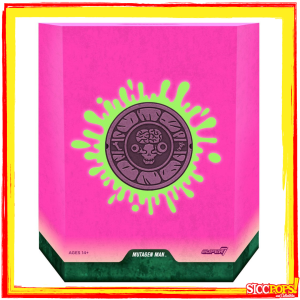 Bring TMNT to your table! The victim of insidious experiments, Mutagen Man and his ever-changing, mutating form are confined to his mechanical life-support system. But in this incredible glow-in-the-dark colorway exclusive to Entertainment Earth, Super7’s Ultimates 7-inch action figure is intricately painted in neon shades of pink, yellow, and green! And just like the original version, this Mutagen Man features a massive collection of interchangeable accessories. Take a look at these: